Inspired by Colin Springford, the Springford Family Foundation is a permanent endowment that was established in 2022 to support local organizations that improve the communities of Oceanside.

About the Springford Family Foundation

In January 2021, our community lost a well-respected and highly regarded citizen and friend. Colin Springford was known for his enduring dedication to supporting our community through his generosity, leadership and commitment to leaving everything in life better than he found it. Inspired by his example, Colin’s family established the Springford Family Foundation.

As a permanent endowment, all contributions to the fund will grow in perpetuity, with grants provided each year to support a variety of local charitable causes that Colin held dear. This legacy will ensure Colin’s tradition of giving back continues for generations to come. Help give back and Donate today!

DONATE TO THE SPRINGFORD FAMILY FOUNDATION

The Springford Family Foundation provides grants of up to $2,000 to support initiatives in three focus areas that improve local communities within the Oceanside region.

Priority is given to applicants that:

The Springford Family Foundation aims to improve our local communities in the Oceanside region and leave the world a better place for our children.

Focus areas for funding include:

To apply, complete this online application form outlining your request for funding, a description of your charitable initiative and how it will positively impact our community.

Deadline for applications in any calendar year is March 31st, or the last weekday of March.
Grants are awarded each year in May.

Donate to the Springford Family Foundation

A charitable tax receipt will be mailed to you.

Step 1: Cheques must be payable to the Parksville-Qualicum Community Foundation.

Step 3: Drop off your cheque at Springford Farm Market at 1934 Northwest Bay Road in Nanoose Bay.

A charitable tax receipt will be mailed to you.

A charitable tax receipt will be emailed to you.

With his lifelong passion for farming and gardening, Colin felt most at home on his farm in Nanoose Bay, surrounded by plants and animals. He took great pride in being a good steward of his land and livestock and working in harmony with nature to protect the environment and nurture healthy ecosystems. For example, he felt a deep sense of pride and fulfilment whenever he found rare birds on his farm, and at one point put the building of a new barn on hold until a resident killdeer had finished nesting on the site.

Beyond the fences of his own farm, Colin was a respected and passionate advocate for agriculture in the region. Known for his straightforward and common-sense approach, he gave generously of his time and knowledge, always eager to lend a hand or offer advice to other farmers. He served as president of the Coombs Farmers’ Institute for 10 years and was active in many other farm organizations.

Colin always held a special place in his heart for children and youth. The idea that no child should go without was a consistent theme throughout his life. While operating Town & Country Construction, he offered free sand to anyone building a sandbox. While his children were growing up, he volunteered his time and expertise as a 4-H Leader and an adult advisor for the Canadian Junior Hereford Association. And during his time at the Coombs Farmers’ Institute, Colin made it his mission to build up their student scholarship program. He was also a long-time supporter of the Nanoose Community Services food bank and Christmas Elf Program.

While Colin would never have described himself as a philanthropist, he never hesitated to support causes he believed in. He often did so quietly, with no need or expectation for public recognition. It’s simply who he was. 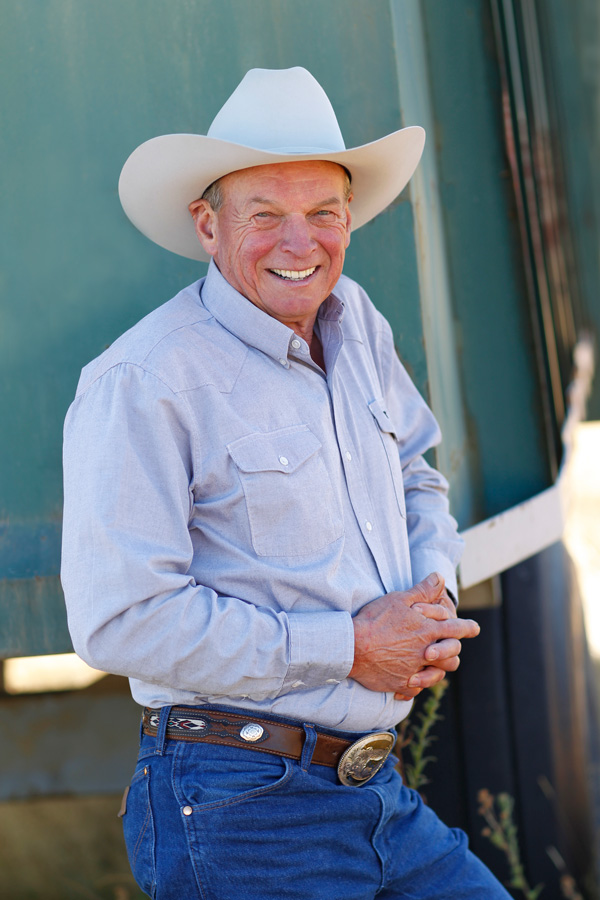